PETS training is required for all incoming Presidents.

Presidents-Elect from any and all Rotary districts are welcome to attend Southwest Rotary PETS. 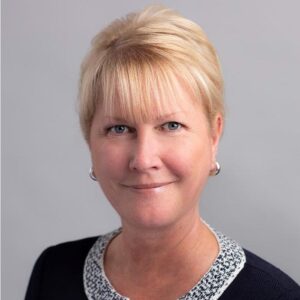 Jennifer E. Jones has been nominated to become Rotary International’s president for 2022-23, a groundbreaking selection that will make her the first woman to hold that office in the organization’s 115-year history.

“As we reflect upon our new strategic priorities, we could have never envisioned that our ability to adapt would become our North Star during what is inarguably the most profound time in recent history,” Jones said in her vision statement. “Silver linings rise out of the most challenging circumstances. Using metric-driven goals, I will harness this historic landscape to innovate, educate, and communicate opportunities that reflect today’s reality.”

As the first woman to be nominated to be president, Jones understands how important it is to follow through on Rotary’s Diversity, Equity, and Inclusion (DEI) Statement. “I believe that diversity, equity, and inclusion … begins at the top and for us to realize growth in female membership and members under the age of forty — these demographics need to see their own reflection in leadership,” Jones said. “I will champion double-digit growth in both categories while never losing sight of our entire family.”

Jones is founder and president of Media Street Productions Inc., an award-winning media company in Windsor. She was chair of the board of governors of the University of Windsor and chair of the Windsor-Essex Regional Chamber of Commerce. She has been recognized for her service with the YMCA Peace Medallion, the Queen’s Diamond Jubilee Medal, and Wayne State University’s Peacemaker of the Year Award, a first for a Canadian. Jones holds a Doctor of Laws (LL.D.).

A current Rotary Foundation trustee, Jones has been a Rotary member since 1997 and has served Rotary as RI vice president, director, training leader, committee chair, moderator, and district governor. She played a lead role in Rotary’s rebranding effort by serving as chair of the Strengthening Rotary’s Advisory Group. She is the co-chair of the End Polio Now Countdown to History Campaign Committee, which aims to raise $150 million for polio eradication efforts. 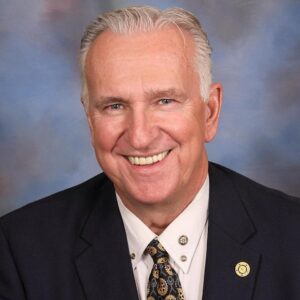 Bob and his wife Jeannie have been married for 45 years and have 4 children and 5 grandchildren.  Bob lives with his family in Hemet California. Bob has recently retired from his position as the President and CEO of Central County United Way and now focuses on family and travel.

Invited to join San Jacinto Noon Rotary in the early 90’s Bob quickly saw the benefit of Rotary’s focus on service.  As a new Executive for the local United Way, Bob was able to form partnerships between the two organizations that benefited both organizations as well as the community at large.  As a member of the San Jacinto Noon Club, Bob quickly moved into volunteer leadership positions as Club Secretary, Club Treasurer, President Elect and President.  Following his year as President, Bob served as Assistant Governor during DG Fred Ford’s year then again during DG Evelyn Wilcox’s year.  He has chaired District Foundation GALAs, District Assemblies, and District Conferences. Bob’s was his District’s Governor for the 2016-2017 year and is now the Chair for both the Southwest PETS and the Rotary Rose Parade Float Committee.  Bob also serves as the finance chair and Governor’s advisor for District 5330.

Bob is a multiple Paul Harris Fellow, a bequest society member, and has worked with fellow Rotarians and a variety of Rotary Leaders around the world.  His passion is people and his focus is clean water.

We are thinking of our good friend, John T. Capps. John has been a frequent speaker at Southwest Rotary PETS over the decades. His energy, his wit, and his Rotary tattoo nestled on his bald head are legendary. Join us in celebrating John with one of his appearances from 2014 Southwest Rotary PETS. Trust us... no caffeine required. vimeo.com/501290601 ... See MoreSee Less

John, you are amazing!

We love you, John!

Welcome! You are invited to join a meeting: How to Plan a World Polio Day. After registering, you will receive a confirmation email about joining the meeting. ... See MoreSee Less

Welcome! You are invited to join a meeting: How to Plan a World Polio Day. After registering, you will receive a confirmation email about joining the meeting.