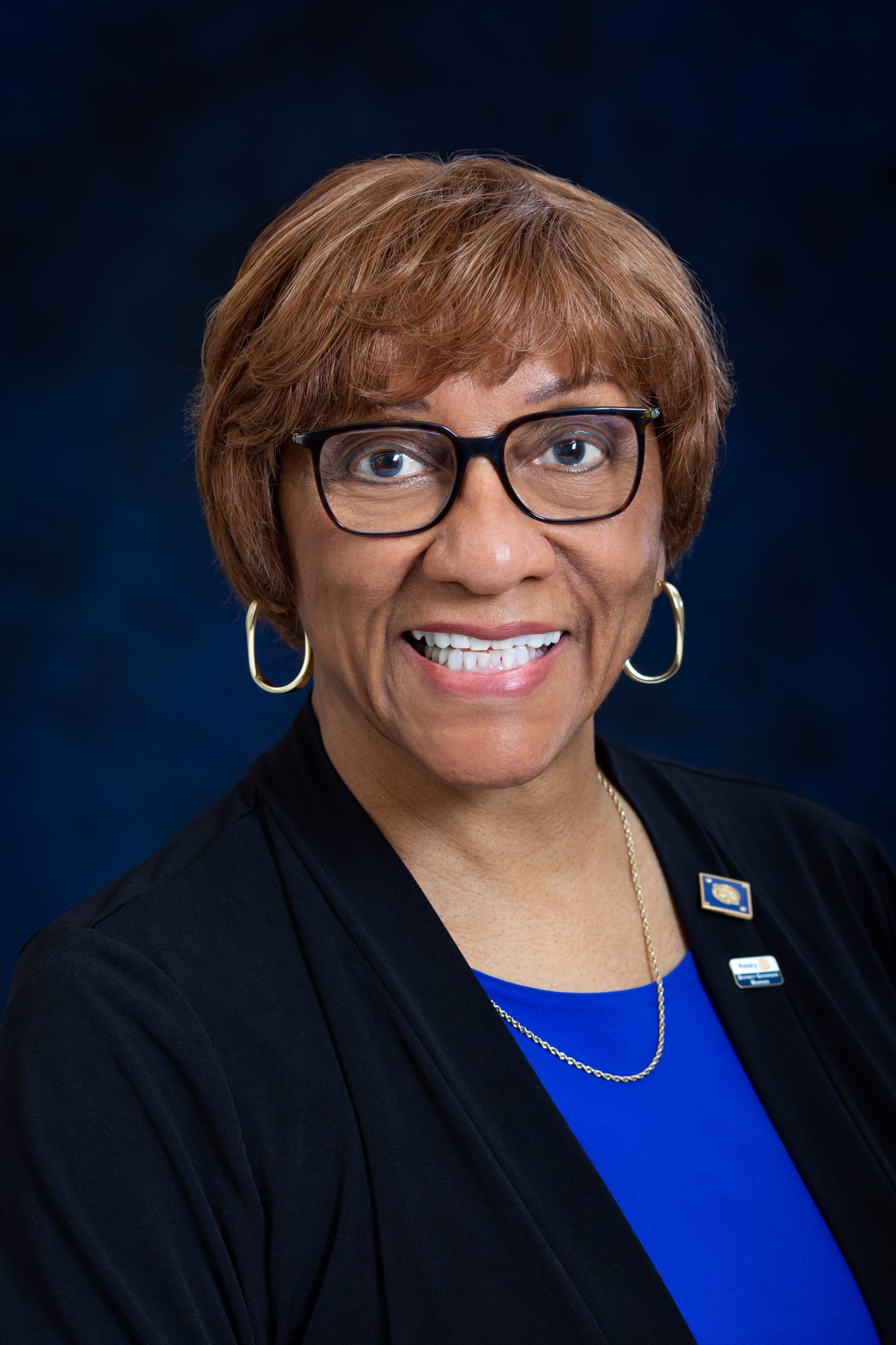 Anita D McDonald is Chancellor Emerita of the DuBois campus of Penn State University and served in that role for 10 years prior to her retirement in December 2012. A native of Detroit, Michigan, Anita earned her undergraduate and graduate degrees in mathematics and mathematics education respectively from Wayne State University and her Ph.D. in Education (research focus: mathematics, technology and curriculum) from St. Louis University.

Since returning to Tucson in January 2013, Anita continues her volunteer work focusing primarily on her involvement in Rotary and the ALS Association, Arizona Chapter. Professionally, she serves on the Board of Directors of Walden University. Anita believes all of her chosen activities have one value in common: making a difference in the lives of others.

Anita has been a Rotarian since 1998 when she was invited to join the Catalina (Tucson) Rotary Club. She served on the Board before transferring her membership in 2003 to the DuBois Rotary Club (PA).  Upon returning to the Catalina Club, Anita served as President and Public Image chair, including website development and social media.  At the District level she has served as Awards Chair, Leadership Development Co-chair, member of the Training Team, AG (2019-2021), and Annual Fund Chair (2019-2021). She is a Paul Harris Society member, and a Level 2 Major Donor.

Anita’s husband, Bob, passed away in 2016 from ALS. They have one daughter and one son living in Denver and one son in Washington, D.C. and now have seven grandchildren. In addition to enjoying time with her grandchildren, she loves music, live theatre, some sports and traveling.