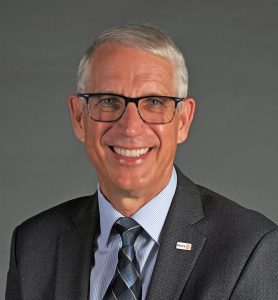 Don is a native Californian born in Bakersfield.  He attended California Polytechnical State University in San Luis Obispo majoring in Biochemistry and graduated in 1977 and was subsequently commissioned in the United States Army through ROTC.  Don retired from the Army in 1997 as Lieutenant Colonel in the Medical Services Corps. He also has an MS in Biology from Bowling Green State University.  After working for the American Red Cross in several locations, an independent blood center in Sacramento and finally the University of California San Diego Health, Don retired in 2018.